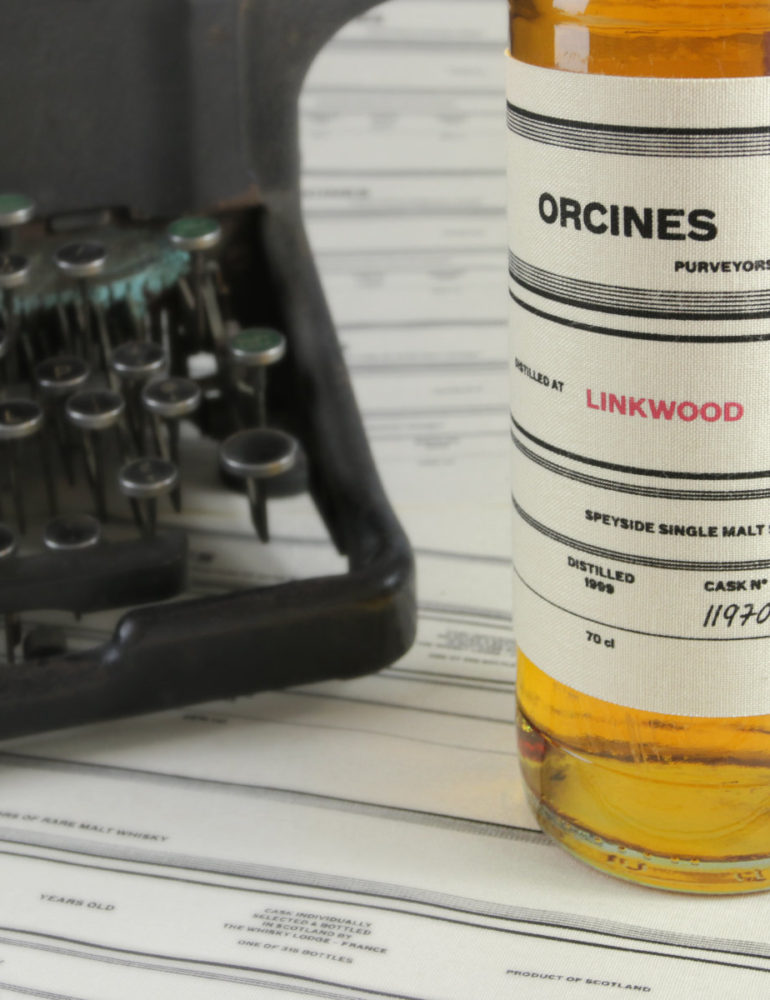 The Gaul capital possesses a spirit shop that became, over the years, unavoidable: The Whisky Lodge. With a rich history and a strong will to develop their activity, the Tissandier family just started their own bottling range: Orcines. 6 whiskys on the menu and rewarded labels, a new curiosity just for us, amalteurs…

The Whisky Lodge : The starting point

Located on 7, Ferrandière Street in Lyon, The Whisky Lodge is a real institution for spirit amateurs from the surroundings of Lyon. Besides its specialization in whisky and rhum, which distinguishes it from the usual whine store, the shop can boast about being a part of France’s malt history.

It’s mostly the story of the Tissandier family. The father, Gabriel, œnologist, started a long career in whines and spirit. He began by realizing blends in the fields of Cognac and Champagne. Then, in 1968, he founds the ‘Caves Tissandier’ (Tissandier Cellars in French) in Clermont-Ferrand all while starting to import malts. Rewarded best cellar-man in 1979 by critic Gilles Pudlowski, he’s one of the pioneers of the « cellar-man specialist » job. Not resting on his laurels, he becomes importer for Gordon & MacPhail in 1983. He carries on by buying an alcohol breeding company in Bougival and exports (Germany, Japan…) armagnacs, cognacs or brandy. The independent bottling journey starts here for the Tissandier family. 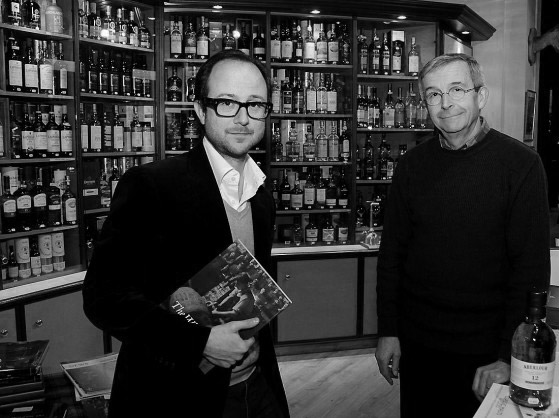 Pierre and Gabriel Tissandier in their shop

The Whisky Lodge (TWL)’s adventure begins, as for it, in 1993 with the desertion from the whine business. He continues by becoming importer for Van Winkle (the same year) then for Edradour in 1994. He was, by the way, competing with Andrew Symington, founder of the Signatory Vintage bottling company, for the purchase of the distillery, even if other distilleries were on its shelves.

While he perseveres in buying and reselling casks, he’s joined by his son, Pierre, in 2011. At the time, he’s got a law degree and an MBA (Master of Business Administration) from the Strathclyde University in Glasgow. However, he also put his foot in the « field », for he worked during 10 years for Diageo and Moet Hennessy (Glenmorangie) as ambassador of the Classic Malts and Johnnie Walker, Category Manager Whisky or even as Brand Manager. The changeover has been made since and it is now Pierre who runs the shop.

From their experience and personal preferences was born the Orcines brand in 2011 with casks bought under the two governances.

Orcines : Labels made in Be Dandy

Whisky has become a gigantic and codified culture. In its path, we discover a growing yearning for estheticism. The brands and bottlers increasingly get helped by specialized companies to make their products desirable. 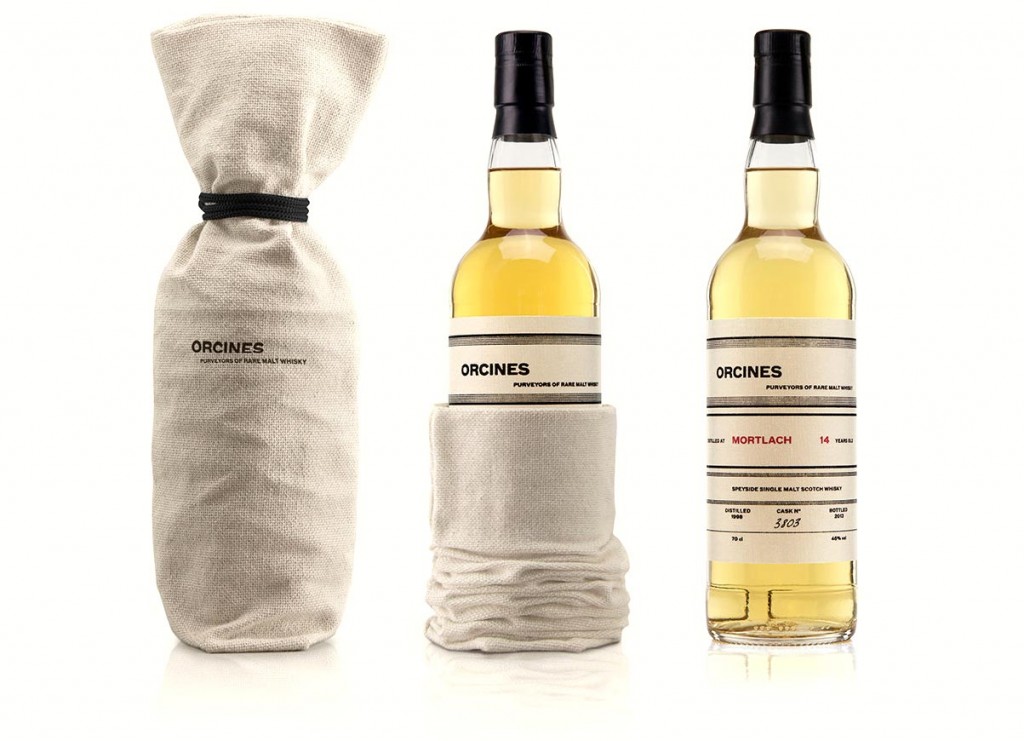 The Whisky Lodge opted for the firm Be Dandy, founded in 2010 in Paris. The design agency didn’t trail during this collaboration. Indeed, the visual identity of the range won in both the ‘coup de coeur’ and ‘Branding packaging’ categories at the « Grand Prix du Design Stratégies 2015 » awards. Furthermore, it obtained a Bronze Lion in Cannes in the « Design » category.

But then why such a consecration? Simply because it is the first cotton label in the market, this material alluding both to craftsmanship and to the imperfection inherent in the luxe industry. Moreover, the design draws inspiration from the tasting notes and choses the opposite view of sobriety rather than visual overbidding. So it is this commitment, this will to distinguish themselves from the very graphically oriented labels that has borne fruits.

Pierre Tissandier, The Whisky Lodge director assured on the subject :
[quote_left author= » »] »As in literature, the form and substance are indivisible. These awards are the confirmation of the work we accomplished over the last years. »[/quote_left]

It is often hard to define a bottler by its cask choices. It is possible that we have more or less affinity with a selection type but, usually, the important number of bottlings dissolves this clear vision of the selector’s preferences. 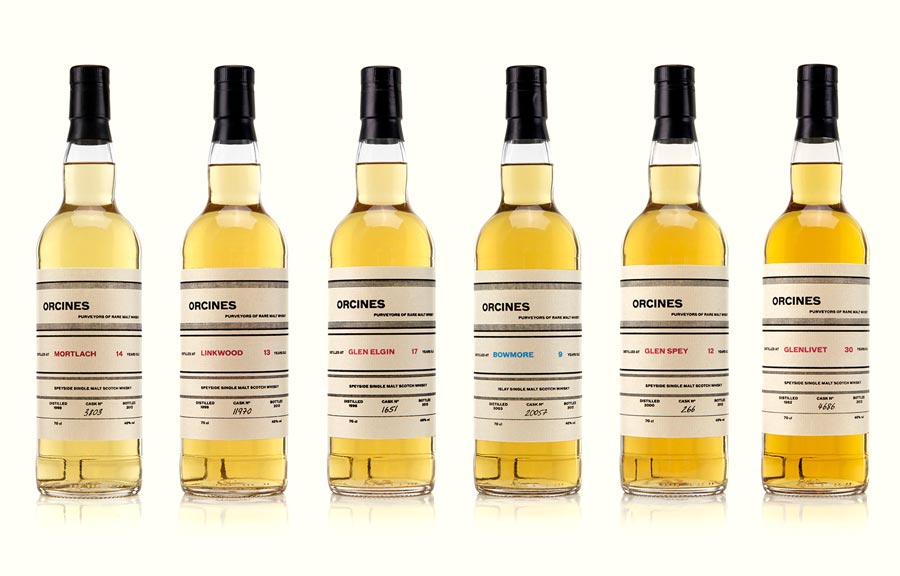 We can then take advantage of this series of 6 bottlings to try and find if a pattern comes out, if some elements seem to cement Orcines. As for me, I would firstly say that the 46% bottlings possess a reduction of very good quality. We’re not facing watery malts that really lack a finish. We could always launch a debate over the cask strength release, but the result is more than convincing from this point of view.

Secondly striking fact, the common structural points gathering this drams together. Often melted, they’re also very balanced. Besides, the vegetal-fruity-spicy trio seems to be the priority, as it appears so much that this pattern seems to be a basis for thoughts or selection for the bottling. Finally, and here this is way more subjective, I found that the quality doesn’t suffer from big variations.