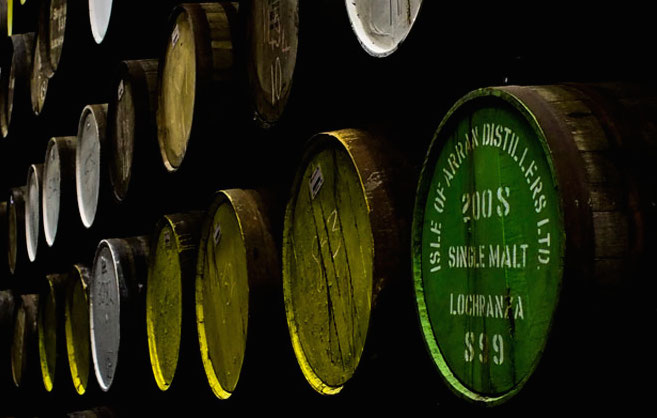 Arran Distillery revealed plans to expand and build a second facility on the island, which would increase production and storage capacity.

This second distillery, waiting for planning permission approval, will be based in Lagg, in the south of the island. The distillery at Lochranza (picture below the map) is located in the north. It will be built on a site where the last legal distillery in Arran used to stand, during the 19th century (there were many distilleries on the island at that time, but most of them were illegals), before Isle of Arran was founded in 1995.

According to Euan Mitchell, managing director of Isle of Arran Distillers Ltd. :« this is a very exciting time for the business, demand for The Arran Malt continues to grow and each season visitor numbers to the Lochranza site in the north of the island increase greatly. Lagg is steeped in the history of whisky making on the island and we intend to uphold that tradition ». Two new pot stills and a blending room are currently being installed at the Lochranza facility, showing Arran’s efforts to take the distillery to the next level, among the heavyweights of single malt scotch whisky.

The scottish islands keep getting busy when it comes to scotch whisky, as we recently heard about Hunter Laing & Co’s plans to open a distillery of their own on Islay.

Kentucky bourbon at the height of its production