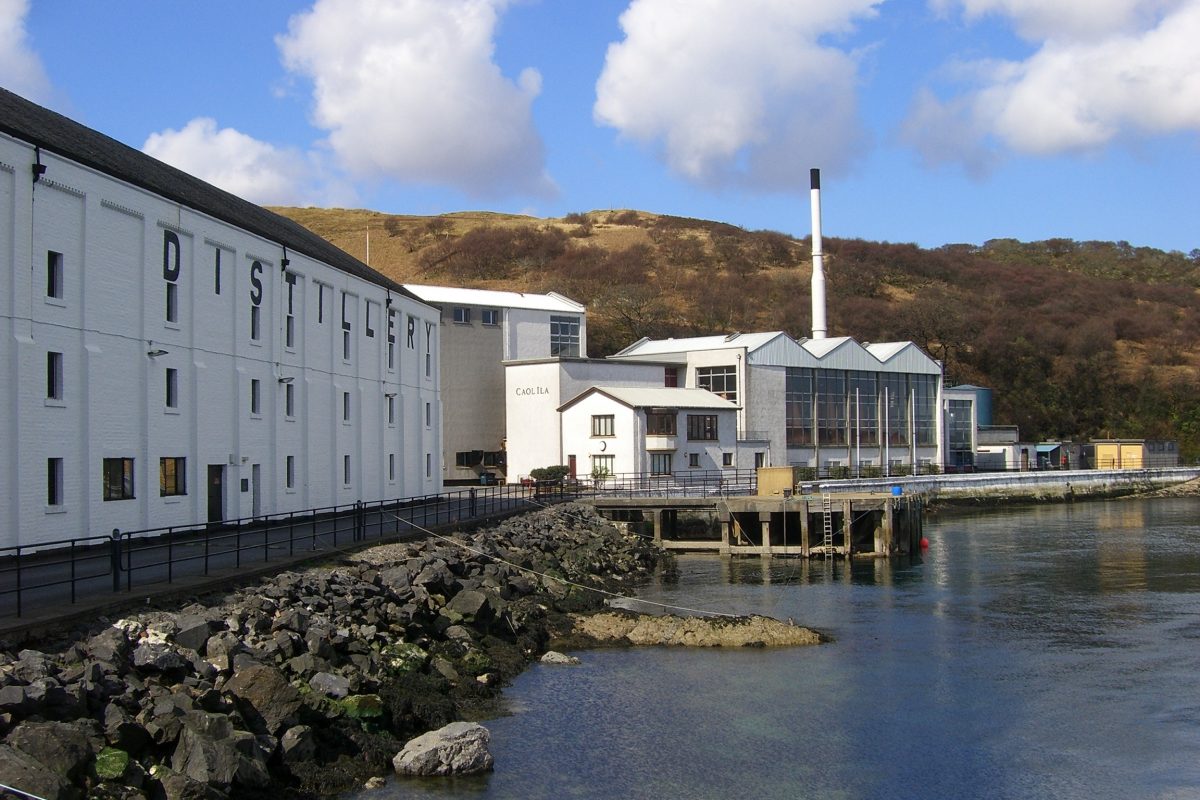 We continue our series of duels with two Caol Ila from the 90’s which have been immersed in the sherry waters. Quite young, they generally are considered to be successes. Hence, there was a good argument (alibi, if you prefer) to see what they’re really made of…

In both cases, these are single casks, their alcohol levels are equal, their maturation took place at the same time and, in addition, have the same typology (sherry). So, we are, on paper, facing drams which should have quite a lot of common features…

Let’s start with the basics. Regarding the peat, these two drams show a clear presence but that doesn’t crush the remaining flavors, with a maritime and salty piece. Yet we already see dissimilarities. The Feis Ile (FI) has practically no smoke and there are seaweeds and seashells that show themselves as dominant. In contrast, the Manager’s Choice (MC) is more complete and evolving. We go from sea spray and smoke to meat and medicinal features including chemical ones.
Similarly, the sherry doesn’t try to force through, which is quite a good thing.
So, we’ll detect a peaty depth, a level with more typical notes from the distillate (pineapple for the MC or marshmallows, banana and white fruits for the FI) and a sherry level that truly reveals itself once diluted in the case of the FI.

On the whole, the FI is far less complex, far less precise and seems younger (especially when it wasn’t diluted) and dry. Likewise, the « wet dog » notes perceived in the FI put in down even more in this comparison. Although it must be said that the Manager’s Choice definitely plays with the big boys.

The honey, the orange, the dry fruits and the fresh notes are perceptible in either case. However, as with two actors performing the same text, there is the interpretation, the faculty of appropriation that seduces the audience.
Fresh oranges notes, roasted pineapple , oregano or pork rib are some of the accuracy moments that crown the MC as best nose (and by far).

Overall, we find the same divergences back about the peat with a less complete FI but the difference is less noticeable due to the spike of sugar that makes these two malts relatively quickly accessible.

They haven’t got the same strategy. Concerning the MC, the orange is the uncontested star and all is done to enhance it while regarding the FI, it’s only one element of the chain.

MC and FI have spices, caramel and fresh notes. Nevertheless, the FI is drier and more conventional. Admittedly, the marshmallows and the hint of flower give us a variation. Moreover, the dilution is advantageous to it, brings it even more into its comfort zone although it becomes more efficient. The MC, as for it, doesn’t crush the competition by a hideous diversity but the alcohol is much better integrated, the construction is more subtle and the fluctuations are above all very judicious.

Again at that level, there is no struggle, the disparity being pretty obvious.

Probably, the step of the tasting in which the differences are the thinnest. The FI and the MC are long et persistent, with a more « Caol Ilian » smoke, while keeping at once both the orange and the freshness.
We again prefer the MC by virtue of its precision and of its flavors charm over the FI, drier, which gives a pleasant end of tasting without excelling.

There is no need to say that the Manager’s Choice version imposes itself with a confusing ease. It doesn’t play in the same league as the Feis Ile version. It belongs to the comfortable world of real killers, something which is quite rare for such a young malt. Its maturity clashes and offers us a very varied range around citrus fruits, very far from the  boorish image of some peaty-sherry. The FI ain’t bad but it has some flaws and particularly aromatic approximations.

The interest is, in the end, to observe the features « on paper » of a bottle vanish quite rapidly and it reinforces our idea that the tasting is an imperative absolute.