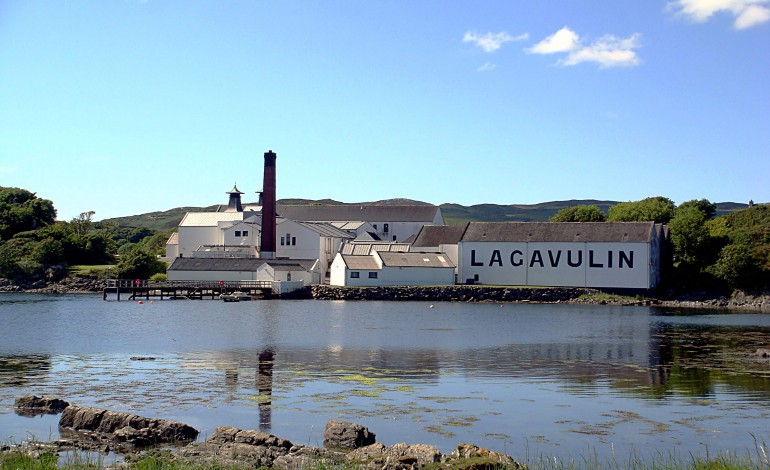 It’s always funny to compare two malts. The recent release of the 8 years old from Lagavulin brought me to get a not so recent (well nor faded either) bottle back out, this Malt Pedigree which characteristics looked similar to me. Let’s check it out glass in hand…

If the Peatbull doesn’t state its age, it is a young malt (2002 edition, released in 2009). It would give more or less an equivalent age, and most of all a little competition between an official released for the distillery’s birthday and a discrete independent released a few years ago.

The first « evidence » concerns the convergence of a peat part. I speak of this green/medicinal character that brings us on Laphroaig’s known lands. The official 8yo (OB) is however a bit more maritime whereas the Malt Pedigree (IB) is more direct and a bit smokier.

Regarding the rest of the profile, the OB clearly plays the youth card and fails a bit by being too easy. The IB, as for it, is more complex and offers multiple angles of attack, from biscuits to fresh notes.

Hence there is an olfactory continuity, but where the OB plays soft and secure, the IB fully gives itself up. We can guess that the alcoholic degree helps the independent version with an evolving dimension, inexistent in the official.
De facto, we tend to inhale longer the IB than the OB that stays on its basics. The craftsmanship is though perceived in both cases.

The two have a convergence again peat-wise. The smoke on the entry gives energy to the malt and, in both cases, the dried fruits sprinkled with salt are out.

The chosen angle is concretely quite similar to the nose. Sure, the OB tries to let go a bit, but it lacks profoundness. If we enjoy the more austere part that seems to come with the minerals, it cannot really stand the fight, especially because it is a bit less balanced.
Indeed, the IB, if it ain’t the most subtle either, offers abundance and more diversity. What more, the alcohol isn’t burning and doesn’t cover the flavors, bringing a comforting warmth.

Both are pleasant and easy-drinks. If we had to chose, we’d prefer, like you would have guessed, the IB that is simply more whole, more alive.
It’s important to precise that this is not especially a profile preference, rather than a richer construction in the IB case.

It’s probably the more divergent phase. The OB is without surprise less long, but holds a good persistence. However, the IB possesses a smoke return that gives it a little plus. Taking into account the alcoholic degree, we can say that in either case, the conception is good.

Flavor-wise, it is the schism. On one side, we get an austere aspect from the OB (too late of a risk) that offers a little interesting twist. From the other side, it is continuity that dominates with a reduction to the profile essentials.

If I do like both final profiles, it is the power and the amplitude that tip the scale. Indeed, we could give the OB credit for its mineral augmentation (finer) but the IB stands straight, in line with the other aspects of the tasting, with enough accuracy to rally us to its cause.

There are common points between those two whiskys, but the making shows us two different drams. The Malt Pedigree version is, in my mind, superior on all levels. It is less complexed, more natural, whereas the Lagavulin 8 years old shows us its making. We could say that the official version relates to some political speeches. There is a message of which we see the writing, from the tone choice (its construction), to its words (particularly the nose scents) and from its will to convert (the emphasis on the distillate). The Malt Pedigree remains simple and leaves room for a free-speech more comfortable and more bracing.